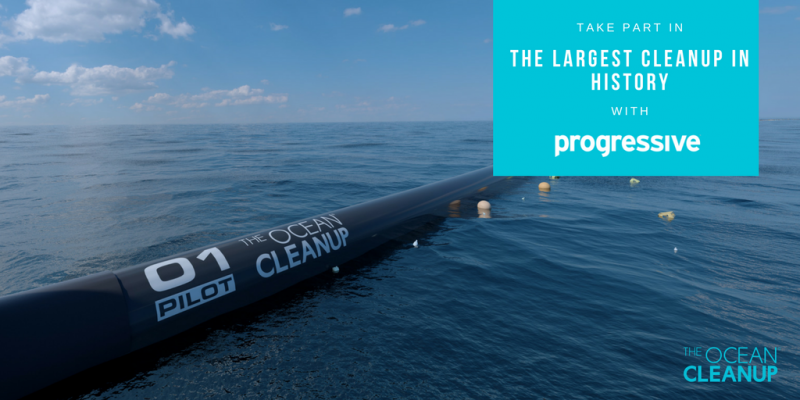 Over 5 Trillion Pieces of Plastic Litter the Oceans. Many of us recognise that if you don't know how to solve a big prob... Read More

For: The Ocean Cleanup By: Progressive Recruitment

Sorry, the deadline has expired. You can no longer contribute.

Over 5 Trillion Pieces of Plastic Litter the Oceans.

Many of us recognise that if you don't know how to solve a big problem, the best thing to do is at least not make it worse. In 2013, at the age of 18, Boyan Slat had a different outlook and founded The Ocean Cleanup Foundation. Its goal is to rid the world’s oceans of plastic pollution.

The idea for the initiative started when he was 16, as a high school project. On holiday diving in Greece he realised that he came across more plastic than fish and wanted to rid the oceans from plastic pollution.

His process uses the power of the ocean currents to develop a passive system to collect and concentrate the plastic. Boyan was invited to do a TED Talk about his plan, which quickly went viral. Through crowdfunding he managed to drum up $2 million from 38,000 individuals across 160 countries in a period of 100 days. Due to this overwhelming support, Boyan decided to end his studies of Aerospace Engineering to focus entirely on The Ocean Cleanup foundation.

He has since generated more than $35 million in donations and over 4 years worked on feasibility, reconnaissance missions, extensive scale model and prototype testing. The first operational cleanup system is expected to launch in mid 2018. The organisation is strictly not-for-profit, and requires continual new resources in the form of finance but also engineering specialists to facilitate and make this ambitious project a success. By 2020 the organisation aims to have 60 active cleanup systems in the North Pacific, which together aim to remove 50% of the accumulated plastic in just 5 years’ time.

We would like to raise a minimum of €10.000 to help fund the first operational cleanup in the North Pacific, with the goal of removing 50% of accumulated plastic in the next 5 years.

Any donation up to a total amount of €5.000, will be doubled by Progressive.

It is never too late to help our planet and any donation you would like to make is much appreciated.

This campaign is strictly aimed at supporting the not-for-profit entity of The Ocean Cleanup, a legally registered foundation in The Netherlands. All money collected by Progressive through this campaign will be donated to the foundation without any loss or overhead.

No updates posted yet

Set up an online group gift yourself

Set up an online group gift